On June 30, the Board will reconvene the June 23 Action Meeting at 3 p.m. followed by a Public Hearing. The public may attend in person or view the meeting & hearing live here.

Read an update from Dr. Watlington HERE.
Share your thoughts and ideas about our School District with him HERE, and review his 100 Day Priorities HERE.

Today, the oldest continuously run public high school in the United States unveiled a major capital improvement plan. The center piece of the project is a new two story Performing Arts Center that will house its music and theater programs. The new structure will contain state-of-the-art music technology labs and facilities for individual, ensemble, and choral lessons. The heart of the building is a 400 seat performance hall that will be used for more intimate orchestra performances, theater classes, and guest speaker lectures.  Beyond the ground floor entrance is a modern lobby that will be adorned with student art and photography and will house student club events, college fairs, and receptions.  The facility will be filled with copious natural light and will contain porous paving to prevent storm run-off, making it one of the most environmentally friendly components of our campus. 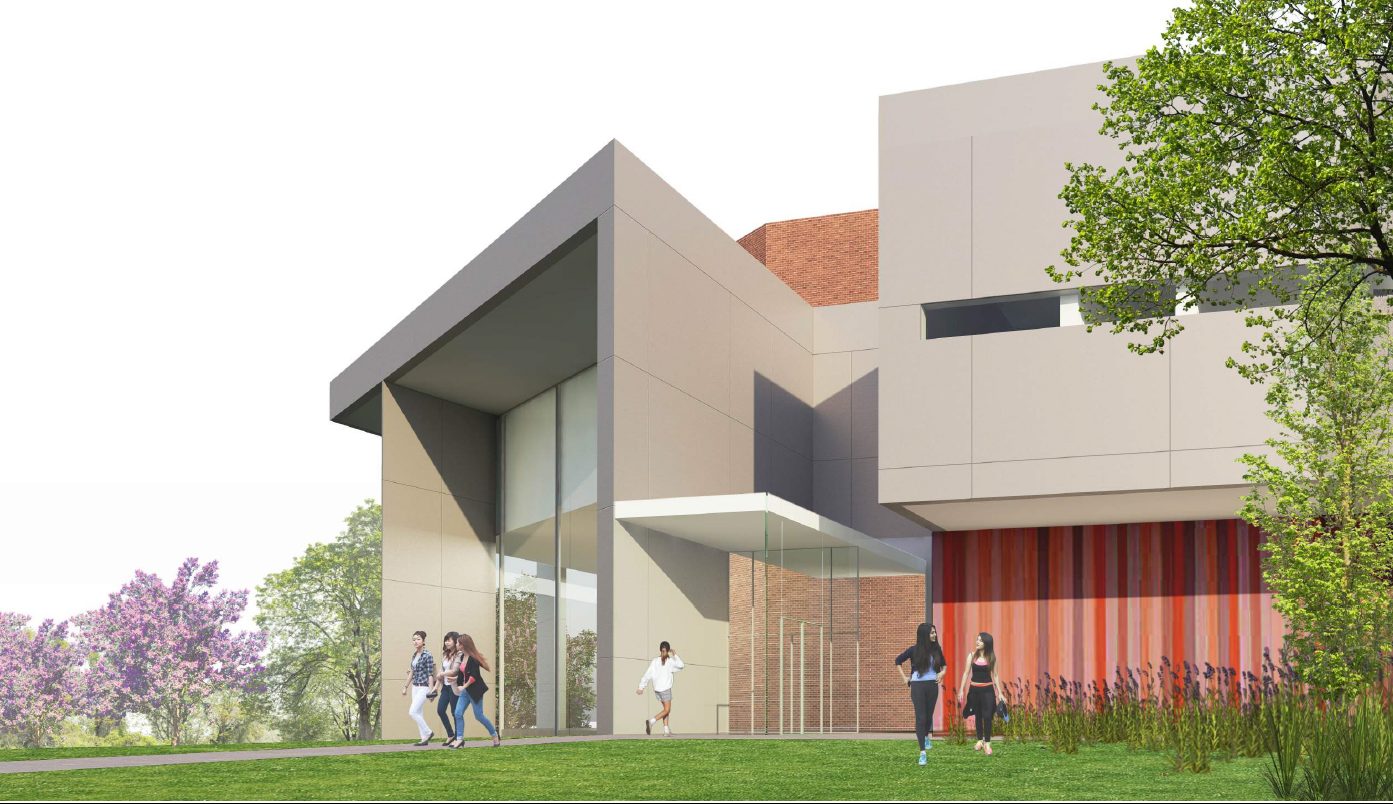 The new wing will be attached to the existing building via a transparent state of the art bridge.  After the completion of the Performing Arts Center, Phase Two will initiate a series of major renovations to the existing building.  Academic programs will take advantage of the former space of the music program with the creation of a STEM wing, expanded space for Art, language labs for the World Language Department, as well as general building renovations. 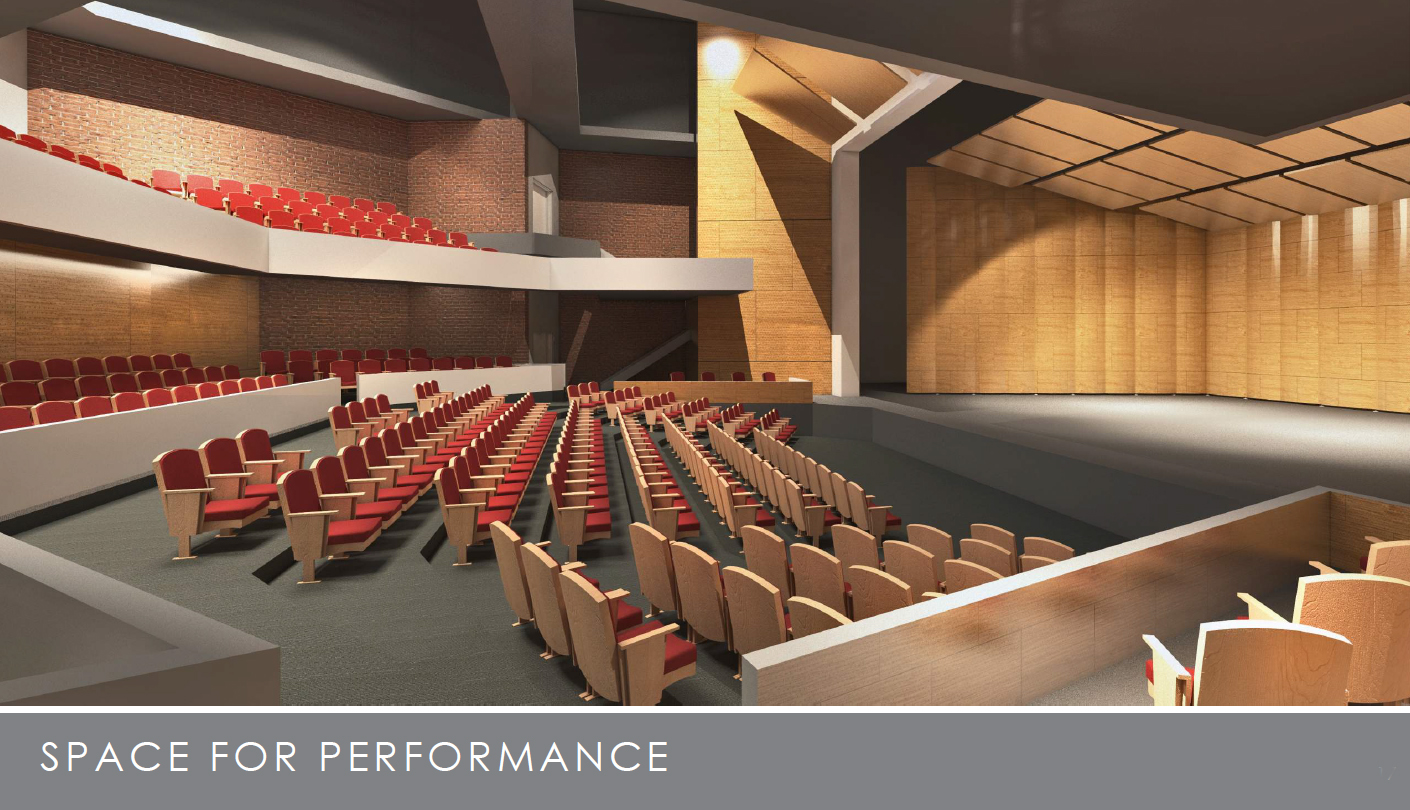 So far, the new project has secured over $19 million in funding and is almost halfway to its goal. The project was spearheaded by Joe Field, the founder of the Bala Cynwyd media giant Entercom and member of the 192nd Class of Central High School, who donated the initial $10 million. The funds raised also include $8.1 million committed by the School District of Philadelphia.  The Associated Alumni Association of Central High School is leading the fundraising effort and hopes to broaden its appeal with today’s official announcement.

The first stage of the project will start in January 2019 as the existing upper parking lot will be lowered  to level the surrounding land.  This will create a new driveway entrance, a new environmentally friendly parking area creating safer and more efficient traffic patterns, and multiple tennis courts.  Once completed, building construction will commence on the front lawn. 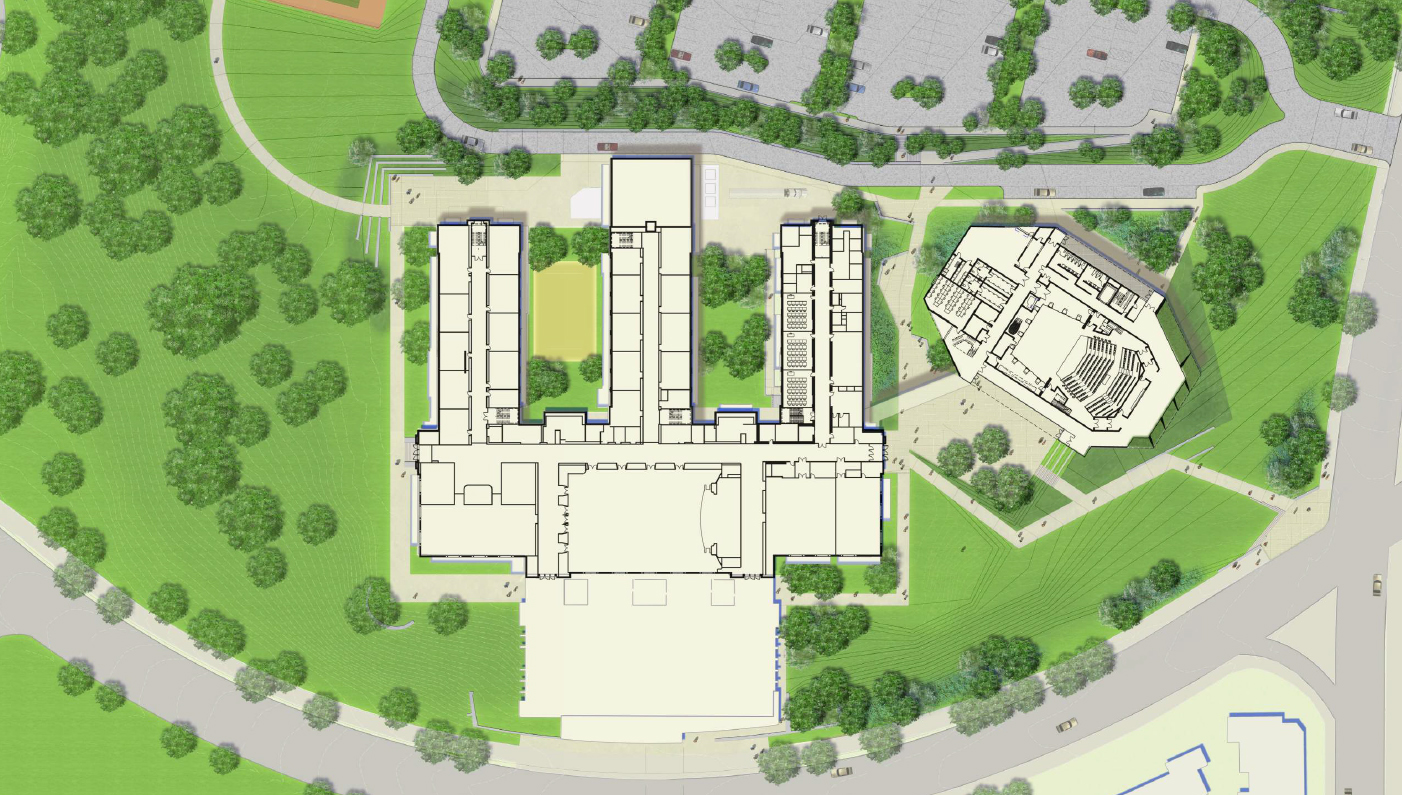 The new Performing Arts Center is only one piece of a larger capital improvement plan that will not only help maintain Central as the top high school in Philadelphia, but propel it to the best in the nation.  For more information, click on the links provided.

To donate, click here to visit the Associated Alumni of the Central High School of Philadelphia’s Capital Campaign fund page.