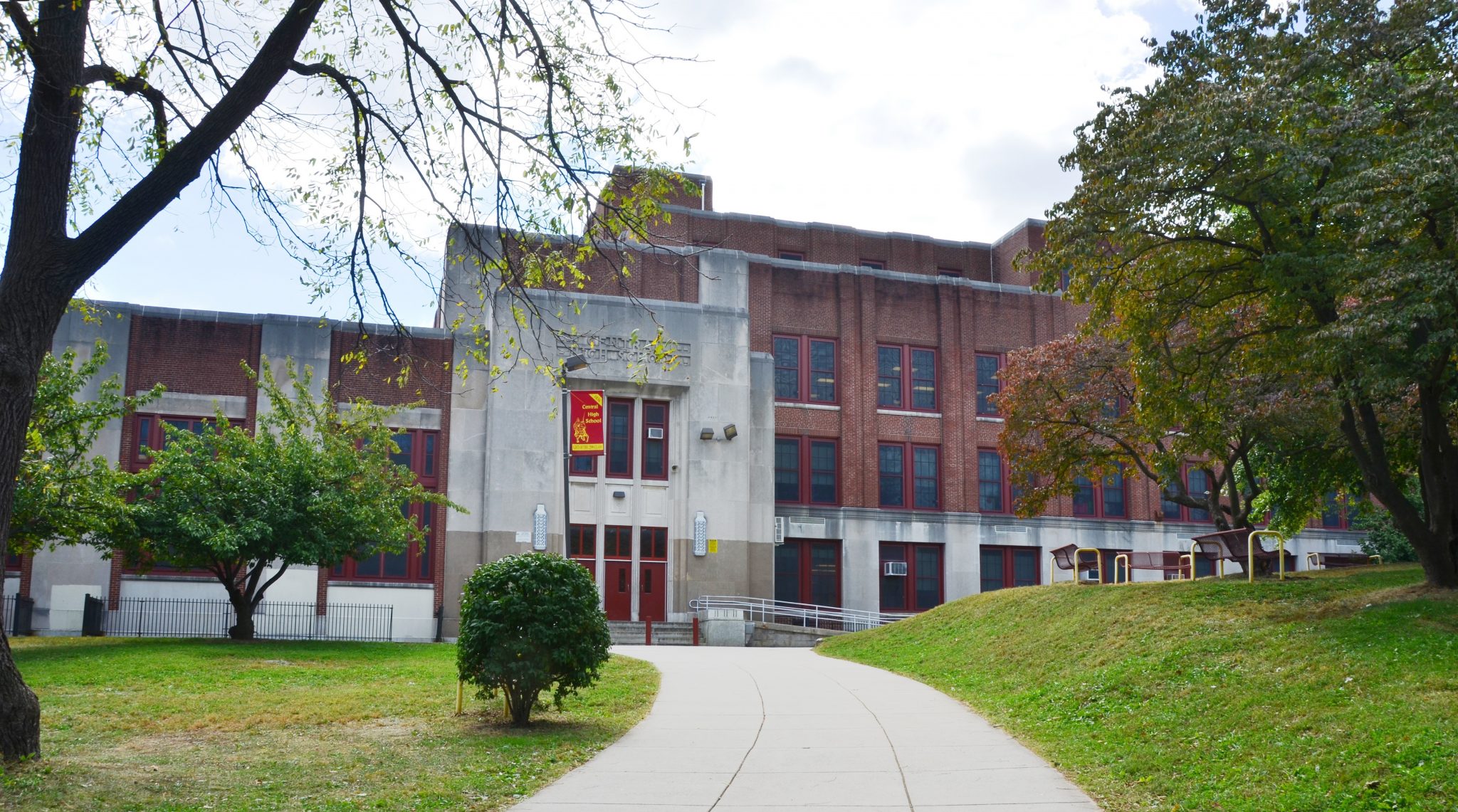 Central High School of Philadelphia was founded in 1836 as “the crowning glory” of Philadelphia Pennsylvania’s public school system, “the worthy apex to a noble pyramid”, and the first “high” school in the state. Because city voters only reluctantly had been convinced of the need for a high school, the curriculum was carefully and publicly geared to the needs of taxpayers. Central’s founders made an especially concerted effort to avoid educating students in the manner of private academies of the day, where classical languages and literature were of paramount importance.

Central High School is the second oldest continuously public high school in the United States. The school was chartered by an Act of Assembly and approved on June 13, 1836. A site was purchased on the east side of Juniper Street below Market Street and on September 19, 1837, the cornerstone was laid. The school opened on October 26, 1838 with four professors and sixty-three students. 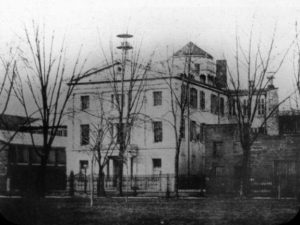 In November 1839, Alexander Dallas Bache, great great grandson of Benjamin Franklin, and Professor of Natural Philosophy and Chemistry at the University of Pennsylvania, was elected the first President of Central High School. President Bache resigned in 1842 to return to his professorship at the University of Pennsylvania, and was succeeded by John Seely Hart, who had been a Professor of Languages at Princeton University.

In 1845, two distinguished English members of the Society of Friends, James H. Tuke and Joseph Corosfield, spent several months in America investigating the school system of the United States. They devoted more than one-third of the text of their report to Central High School, that they depicted as a type of institution that had helped America and could help England.

“The Controllers of the Public Schools of the First School District of Pennsylvania shall have and possess power to confer academic degrees in the arts upon graduates of the Central High School, in the City of Philadelphia, and the same and like power to confer degrees, honorary and otherwise, which is now possessed by the University of Pennsylvania.” In accordance with this Act, the Board of Controllers on September 11, 1849, authorized the conferring of appropriate degrees upon graduates of Central High.

On June 24, 1847, the President of the United States, James K. Polk, with Vice-President George M. Dallas and Attorney General Nathan Clifford paid a visit to the school and addressed the students.

In September 1854, the school transferred to a new building, located at the southeast corner of Broad and Green Streets. In 1858, President Hart resigned and was succeeded by Nicholas Harper Maguire. In September 1900, the school moved to its third location in a newer and larger building located at Broad, Green, Fifteenth, and Brandywine Streets. During the formal dedication on November 22, 1902, Theodore Roosevelt, President of the United States, addressed the students.

In 1939, Central moved from its location at Broad and Green to its fourth, current, location at Ogontz and Olney Avenues. The building left behind became the Benjamin Franklin High School.

After 139 years of existence as an all-male public high school, Central’s all-male policy was challenged by Susan Vorchheimer, who wished to be admitted to Central. On August 7, 1975, U.S. District Court Judge Clarence C. Newcomer ruled that Central must admit academically qualified girls starting in the fall term of 1975. 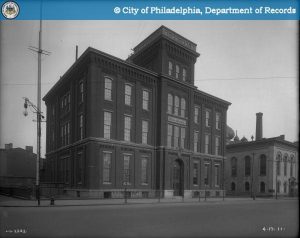 The decision was appealed, and the Third Circuit Court ruled that Central had the right to retain its present status.

The case eventually reached the U.S. Supreme Court that, on April 19, 1977, upheld the Third Circuit Court’s verdict by a 4 to 4 vote with one abstention.

In August 1983, Judge William M. Marutani of the Philadelphia County Court of Common Pleas, ruled that the single-sex admission policy was unconstitutional. The Board of Education voted not to appeal the legal decision, thereby admitting girls to Central High School. In September 1983,the first six girls, all seniors, were admitted.

In October 1987, and again in September 2011, Central High School was officially named a Secondary school of National Excellence by the United States Department of Education and named a Blue Ribbon School. In March 1992, Redbook magazine named Central as one of the best schools in Pennsylvania. Central was named “Best Secondary School in Pennsylvania” by the magazine each year since they began rating the nation’s best schools.

The multimillion-dollar art, science, and physical education addition was officially dedicated on February 17, 1994. 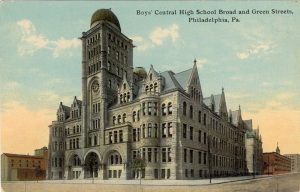 The Barnwell library is now one of the most advanced public school libraries in the United States since the $12 million renovation that was completed in 2005.